The Collected Poems of Sterling A. Brown (Paperback) 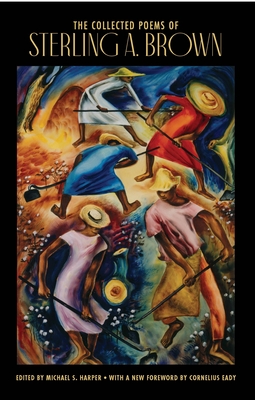 Arguably the greatest African American poet of the century, Sterling Brown was instrumental in bringing the traditions of African American folk life to readers all over the world. This is the definitive collection of Brown's poems, and the only edition available in the United States.

Sterling A. Brown was one of the most important and influential figures in the development of African-American literature and criticism in the twentieth century. Born in Washington, D.C., in 1901, he became not only a poet but a folklorist, anthologist, critic, and reviewer. Brown was a professor at Howard University for forty years. He died in 1989.

"Sterling Brown's poetry should be in print in perpetuity. Its meanings, legends, melodies, and mythologies could only have been shaped by a Black American throat. Sterling Brown's poems have the power of revival music, the declaration of great oratory, and the sonorous crooning of a young man in love." --Maya Angelou


"This is a great book of poems, stunning in its artistry and gigantic in its vision." --Philip Levine


"In Sterling's poetry you find the true meaning of the world soul." --Ernest J. Gaines, author of A Lesson before Dying

"For the first time, we can appreciate Mr. Brown's full range, his mastery of so many traditions. . . . A self-styled 'Old Negro,' Sterling Brown is not only the Afro-American Poet Laureate, he is a great poet." --Henry Louis Gates, Jr., New York Times Book Review