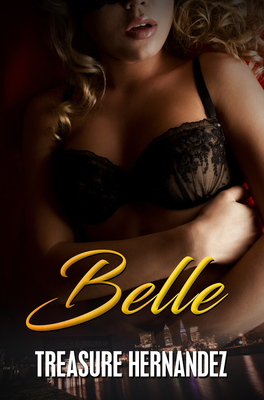 Named for her beauty, Belle Dubois is as sweet as can be. Born with a silver spoon in her mouth, she is always given the best—until her world is turned upside down. When she away in her second year of college, she receives a call informing her that her parents have been murdered. She soon finds out that they were broke, and subsequently, so is she.

With no home and nowhere to go, Belle is whisked under the wing of a woman named Aria, better known by her stage name, Passion. Before she knows it, Belle becomes a part of an underground world that she knows nothing about—one filled with bright lights, sexy clothing, and shiny poles. The money starts to pour in, and soon Belle loses herself in the very same fantasy she gives every night.

Her heart has a void that only money can fill, but when she meets a handsome brother named Kidd Bryce, her perspective begins to change. He shows her a side to life that she didn’t know existed. Just when she is about to say goodbye to the fast life for good, her past comes knocking on her door.

The night Belle’s family was murdered, everyone was supposed to die . . . including her. In a race against the clock, she must find out who ordered the deadly hit in the first place, and why, before her own time runs out.

Treasure Hernandez was incarcerated in a United States penitentiary. During her time in prison, she penned her first novels, the bestselling Flint series. She went on to complete the Baltimore Chronicles series and several other novels, gathering a loyal fan base.  Upon her release, she moved to Atlanta with her daughter. She has co-authored a novel in the Family Business series with New York Times bestselling author Carl Weber, and she is working on future projects for Urban Books.